Designated by the UN, the United Nations Memorial Cemetery in Korea is the only holy ground of its kind in the world.

The United Nations Memorial Cemetery in Korea is the only UN-designated cemetery in the world, where the brave soldiers, who sacrificed their lives for world peace and freedom, rest in peace. 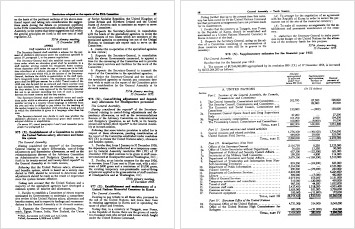 The Parliament of Korea volunteered the current UNMCK ground for permanent use by the UN as a cemetery in August 1955 to honor the services and sacrifices made by the UN forces during the Korean War. The General Assembly accepted the proposal, and the UN Resolution#977(X) to establish the United Nations Memorial Cemetery in Korea became effective in December of 1955.

Korea Parliament proposed to the government this site to be declared sacred.

The UNMCK had been managed by UNCURK until UNCURK was dissolved in 1974. Since then, the Commission for the UNMCK, consisting of 11 member nations, has been managing the UNMCK.

Brief History of the UNMCK

Change of the UNMCK's Korean Name